A New Definition of Mediation 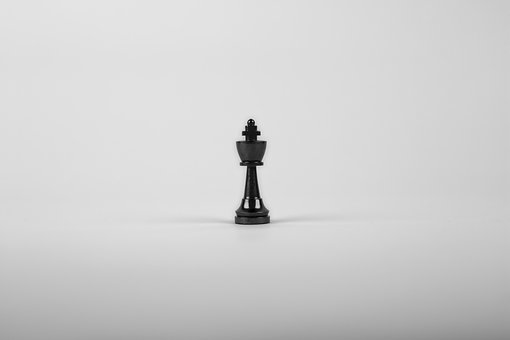 Mediation: “The insertion of a human buffer between people who need assistance to interact with each other.”

This definition speaks to the three core issues facing the mediator every time they enter a session.

Human: to what degree does the mediator insert their own humanity into the process of mediation.

Interact: to what degree does the mediator allow the parties to interact with each other in the mediation session.

Assistance: what form of assistance does the mediator render to the parties and the process.

Human interaction lies at the heart of the mediation process. It involves disturbance, disruption and dissonance out of which something emerges which is greater than the sum of the parts. Scientists call this process ‘emergence’. The initial positions of the parties are disrupted and reconfigured into something novel and often unexpected. The outcome cannot be predicted by a simple division of their starting positions.

In addition, any interaction between human beings is inherently complex. Complexity Science refers to the term Complex Adaptive Systems which apply to everything in nature including humans; markets; climate; cities; firms; governments; industries; social networks ; power grids; animal swarms; traffic flows; social insect (e.g. ant) colonies; the brain and the immune system and the cell and the developing embryo. It includes mediation.

Mediation is built on the complex interaction between the parties and as such is an example of a complex adaptive systems. The answer to what will happen in a complex environment like mediation cannot be found through analytical thinking. Mediation outcomes cannot be predicted because in a complex environment every element is interconnected and constantly co-constrain each other. It evolves in random by constant modification never in the same way twice. Therefore, we can only understand what is happening in retrospect. Because no two contexts are the same it is impossible to forecast or predict what will happen in the next mediation. Joining the dots in advance is an illusion.

This means that we have to take a fresh approach every time we mediate because what has worked in one mediation will not necessarily work in another. Therefore, “best practice is, by definition, past practice” (Snowden and Boone 2007).1)

Snowden and Boone have developed a practice-based business management system (Cynefin) that seeks to modulate this complexity rather than trying to constrain it. It is an experiential mode of management which requires leaders to step back and allow patterns to emerge. It is through this emergence that opportunities arise for innovation and creativity. It is a process that opens the door for luck and serendipity. It is an insightful way of thinking that has direct application to mediation (Rooney 2017).2)

The Broad Spectrum of Mediation Models

There are a variety of approaches to mediation that fits within this proposed definition which run along a broad spectrum.

At one end there are mediators who keep a professional human distance from the parties allowing limited, if any, meaningful interaction between them. They focus on strategies to close the gap between the starting positions with assistance provided in the form of legal advice, opinion and options. This approach is solution focused and outcome driven. They often prefer to be called dispute resolvers, implying that it is their expertise rather than the parties that produce the solution. The terms advisory mediation, evaluative mediation, shuttle and caucus mediation would identify themselves as part of this end of the spectrum.

At the other end of the spectrum are mediators who are open to exploring the common humanity shared by the parties as a vehicle to drive the process. They engage their own humanity as a lens into the unfolding interaction. Encouraging a fresh interaction between the parties is at the core of this approach. The level of assistance is the provision of a safe space for the parties to interact in order to foster the emergence of the new. This is also called facilitative mediation. In France and the Latin countries, it is referred to as Humanistic Mediation.

Mediators work in a state of perpetual novelty. As such there is no one way or right way to mediate. Accordingly, there are as many approaches and models of mediation as there are mediators. Every mediation is unique to itself and as such there is a ‘no one size fits all’ approach.

Mediators require a broad range of skills of which the human relationship skills of empathy and being totally present in the moment with the parties are the most important. It is therefore important, from an ethical standpoint, for mediators to constantly assess and examine their own humanity and how their own thoughts, desires and feelings are impacting on the parties. Personal supervision is an important way of developing these relationship skills.

Applying Scientific Principles of Emergence and Complexity to Mediation

The facilitative/humanistic mediation approach is an application of the scientific principle of emergence. The American physicist Murray Gell-Mann (Nobel Prize for physics 1969) made the following point “You don’t need something more to get something more. That’s what emergence means” (Gill-Mann 2007).3) Emergent outcomes come directly from the parties without the need for mediators to give preliminary opinions and options. The mediator’s role is to probe, sense and then respond to what emerges, in effect, modulating the interaction looking out for what is adjacent possible to where the parties currently are that moves them in the direction of an outcome that is greater than the sum of the initial positions.

I have given an example of this principle in a family Law mediation context in a recent Kluwer mediation blog titled Mediation and the Principle of Emergence.

This principle, when applied in a context of commercial and social conflict, induces the parties to engage in a form of creative disruption which can open the door for unexpected learnings and opportunities. This is important in a commercial context. If organisations do not allow and learn from internal disruption their competitors will disrupt them externally.

I believe mediators have an ethical duty to fully explore the capacity of the parties to interact with each other in the mediation session. This can only be done by assessing this capacity before commencing to mediate. The aim of the pre-mediation meeting is to develop a human connection with the parties to assess to what extent they can engage in productive friction, in order to allow something new to emerge. It is only then that the mediator can decide the extent of the party’s interaction in the joint session. I take the view that the mediator has a contractual duty to fully explore this potential on behalf of all parties.

The facilitative/humanistic approach to mediation poses personal challenges for the mediator at a human level. It is far more ambitious and has a far higher goal than just getting a quick deal.

The mediation process is unpredictable and, as such, a challenge for the mediator. However, the skills that mediators develop to manage this human interaction are the same soft human skills that are needed by leaders and commercial managers to engage productively in the complex interconnected social and economic world that we now inhabit.

Mediation is essentially a process of discovery in which a skilful mediator can allow the parties’ fixed positions to coalesce into something novel where something quite unexpected can emerge, something beyond what is imaginable. This goes beyond the benefits of personal transformation (Transformative Mediation). The potential for the emergence of the new and the unexpected is the true power and promise of mediation.

Greg Rooney has been a mediator in private practice in Australia for 25 years. He has facilitated over 200 face-to-face meetings between victims of sexual and physical abuse within religious institutions and religious leaders over the last 14 years. He has also facilitated meetings between victims of abuse within the Australian Defense Force and senior military officers and is currently developing a program for the South Australian Government for dealing with claims of abuse within the South Australian Police Force. Greg together with colleagues Margaret Ross and Barbara Wilson run, annually, a Mediation Retreat in Tuscany, Italy.
Mediation Mediator
Time for South Africa to embrace multi-tiered dispute settlement and for legal practitioners to become dynamic, multi-faceted dispute managers?
The new normal - A pandemic presenting us with an imperative to manage commercial disputes effectively.
Mediation Advocacy - the Art of Strategy