High Court: Costs penalties for a failure to engage in mediation 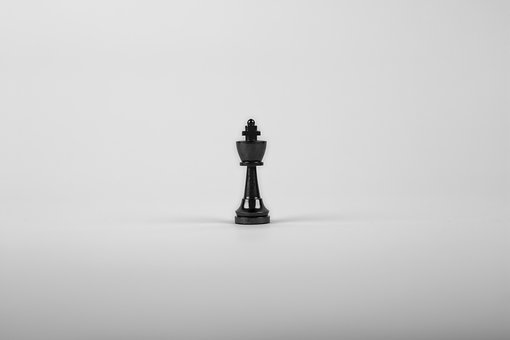 The High Court in Wales (t/a Selective Investment Services) v CBRE Managed Services Ltd & Anor [2020] EWHC 1050 (Comm), following judgment in favour of the defendants disallowed a proportion of the first defendant’s costs, for its failure to engage in mediation. It also disallowed a proportion of the second defendant’s costs, on the basis that they had been wasted, due to the way in which the second defendant advanced its case.

Our lawyers specialise in litigation and alternative dispute resolution. We will guide you through any stage in your litigation or settlement process. Whether you are a litigant in person seeking legal advice or you have instructed solicitors and are seeking a second opinion on strategy.

Mediation provides a private forum in which the disputing parties can better understand each other’s position and then work together (with the assistance of the mediator) to explore options for settling the dispute.

The Claimant is an independent financial adviser, who has for many years practised in the name of “Selective Investment Services”. He sought to recover commission, in the revised sum of £204,392.44, for his services in connection with the group pension scheme (“the Group Pension Scheme”) of a corporate client. The First Defendant (“CBRE”) was Mr Wales’s corporate client and the Second Defendant (“Aviva”) was pension provider.

The dispute originates from CBRE’s decision to move its employees to a new pensions platform and dispense with Mr Wales’s services following legislation for eligible employees to be automatically enrolled on a workplace pension scheme.

On 8th January 2020, Judge Halliwell handed down judgment following the trial of these proceedings and made an order dismissing Mr Wales’s claims against CBRE and Aviva. This is Judge Halliwell’s judgment on costs following a hearing on 11th March 2020.

Mr Wales was the unsuccessful party on his claims against each defendant. Under CPR 44.2 he should thus be ordered to pay their costs unless there is good reason to the contrary.

The Judgment: Costs penalties for a successful litigant who fails to engage in ADR

CBRE repeatedly declined and, indeed, refused to participate in mediation. Upwards of eight months before proceedings were commenced, it refused to participate in the three party mediation proposed by solicitors for the claimant. Once proceedings were issued, it was not prepared to refer the dispute to mediation until “conclusion of pleadings”. CBRE’s conduct in refusing or at least declining to refer the dispute to mediation prior to the issue of proceedings and, again, in the week commencing 17th June 2019, was unreasonable.

CBRE’s refusal to engage in mediation prior to the issue of proceedings compounded its failure to provide a detailed response to Clarke Willmott’s letter of claim in breach of the requirements of the Practice Direction for Pre-Action Conduct and Protocols. More particularly, at this stage it meant that the parties were denied the opportunity to fully canvass and engage with the underlying issues, including the issues arising from Aviva’s erroneous allegation – unchallenged by CBRE – that CBRE had purported to terminate Mr Wales’s appointment in September 2012, a fact implicitly concealed from Mr Wales himself. Had CBRE been willing to engage in mediation, there would in all likelihood have been a tripartite mediation in which all the material issues were properly considered and addressed. There is a real prospect that Aviva’s erroneous allegation would have been corrected at that stage. There is also a possibility that other issues and obscurities could have been eliminated. CBRE’s stance precluded a tripartite mediation and CBRE can be taken to have been aware it would at least imperil bilateral negotiations or discussions between Mr Wales and Aviva.

Judge Halliwell was therefore satisfied that CBRE should be deprived of a substantial proportion (50%) of its costs in the period up to the date when CBRE made an offer to compromise the proceedings.

Can a court force parties to mediate?

No. It remains the case that a court cannot compel parties to resolve their disputes through mediation (Halsey v Milton Keynes General NHS Trust [2004] EWCA Civ 576). The Court concluded that it had no jurisdiction to force the parties to mediate. To oblige truly unwilling parties to refer their disputes to mediation would be to impose an unacceptable obstruction on their right of access to the court.

The hallmark of ADR procedures, and perhaps the key to their effectiveness in individual cases, is that they are processes voluntarily entered into by the parties in dispute with outcomes, if the parties so wish, which are non-binding. Consequently the court cannot direct that such methods be used but may merely encourage and facilitate. If the court were to compel parties to enter into a mediation to which they objected, that would achieve nothing except to add to the costs to be borne by the parties, possibly postpone the time when the court determines the dispute and damage the perceived effectiveness of the ADR process.

In Halsey, the court relied on Article 6 of the European Convention on Human Rights and stated:

“It is one thing to encourage the parties to agree to mediation, even to encourage them in the strongest terms. It is another to order them to do so. It seems to us that to oblige truly unwilling parties to refer their disputes to mediation would be to impose an unacceptable obstruction on their right of access to the court….it seems to us likely that compulsion of ADR would be regarded as an unacceptable constraint on the right of access to the court and, therefore, a violation of Article 6.”

Successful party can be deprived of costs following refusal to mediate

In Halsey v Milton Keynes General NHS Trust [2004] EWCA Civ 576, the court considered whether a refusal to mediate should give rise to costs sanctions.

CPR 44.3(2) provides that “if the court decides to make an order about costs (a) the general rule is that the unsuccessful party will be ordered to pay the cost of the successful party; but (b) the court may make a different order”. CPR 44.3(4) provides that “in deciding what order (if any) to make about costs, the court must have regard to all the circumstances, including-(a) the conduct of the parties”. Rule 44.3(5) provides that the conduct of the parties includes “(a) conduct before, as well as during, the proceedings and in particular the extent to which the parties followed any relevant pre-action protocol.”

Halsey principles: when should an unreasonable refusal to mediate lead to costs sanctions?

In Halsey, the court accepted the submission of the Law Society that factors which may be relevant to the question whether a party has unreasonably refused ADR will include (but are not limited to) the following:

In Halsey itself, the refusal to mediate was considered to not be unreasonable. The claimant had lost the case, but had asked to be released from paying some, or all, of the costs of the successful party on account of that party’s refusal to mediate. The defendant had a strong defence, the costs of mediation would have been disproportionate and the claimant had not satisfied the burden of showing that mediation would have had a reasonable prospect of success.

Post-Halsey case law: when is it unreasonable to refuse to mediate?